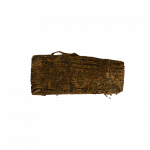 A block blend of flue-cured Virginias with dark cured perique, cut into ribbon lengths make this a truly unique blend. This non-aromatic blend derives spice, strength and coolness from the erique, with subtle sweetness from the Virginias.

Be the first to review “Reunion No.27 Flake” Cancel reply